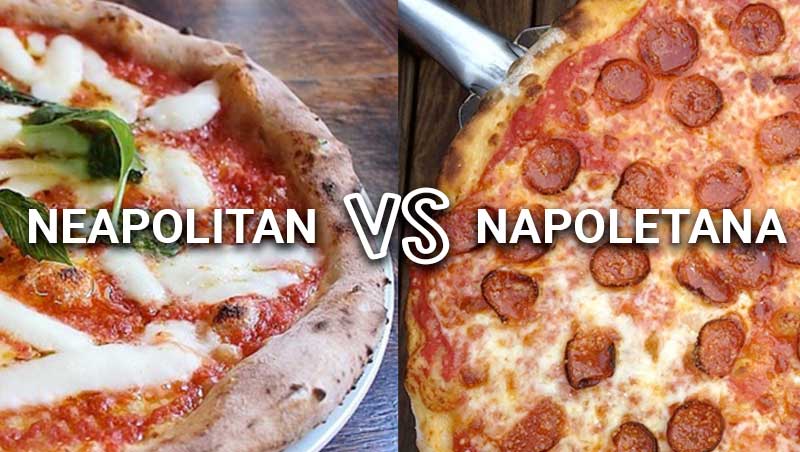 There is a lot of confusion in the apizza community regarding the two words “Neapolitan” and “Napoletana” pizza. The word “Napoletana” is Italian for Neapolitan. When it comes to apizza, this word has a totally different meaning.

When Neapolitan immigrants like Frank Pepe immigrated to America in the late 19th and early 20th centuries, as a nod to their origins, they frequently titled their pizzerias ‘Napoletana.’ The apizza that they prepared, though, from the very beginning, due to the ingredients and equipment they were using, was very different from traditional Italian Neapolitan pizza.

To this day, the differences are stark. Neapolitan pizzas are made with 00 flour, San Marzano tomatoes, fresh mozz (sometimes buffalo, sometimes cow’s milk) & basil. Although in recent years, Neapolitan pizzaiolos have gotten more creative with their toppings, for centuries, the topping options were very limited. These pies are baked in a special dome-shaped wood oven at 850 degrees for 60-90 seconds. Because the bake time is so fast, the water in the dough and sauce doesn’t have time to bake off, so the end result is a very moist/wet- and never crispy crust. With this fast bake, you also see a significantly airier/puffier crust and characteristic spotty charring referred to as ‘leoparding.’ In Naples, there is no small/medium/large, just one size of pizza (about 12-13″).

New Haven Napoletana pizza is made with bread flour, California/Italian tomatoes, whole milk mozz (almost always low moisture), Pecorino Romano cheese, and toppings ranging from American traditional like bacon or more specific New Haven style toppings like garlic and anchovies. The Napoletana pies are predominantly baked in special, massive, rectangle-shaped coal ovens that had historically been used to bake bread. Much later, gas deck ovens started entering the picture (first used by Zuppardis), and after that wood (although wood-fired ovens are fairly rare). Modern’s oven runs on oil. The coal/oil places bake their pies for roughly 4-10 minutes at 650 degrees, with most serious pizza folks preferring 4-6 minutes. The crust is fairly thin, and firm (surf board-like), with flat edges (not puffy) and black char on the outermost edge and leoparding on the base. This style is very common on Wooster Street and surrounding pizzerias. These pies generally come in three sizes: small, medium, and large.

If you’re in the area and want to experience Neapolitan pizza, a great representation would be Zeneli on Wooster. If you’re used to the dryness/crispiness of apizza, be forewarned, Neapolitan is going to be very different.

So apizza ≠ Neapolitan style pizza. We’re not knocking Neapolitan, it’s just something entirely different, and, since we’ve been encountering some confusion in the group, we thought we’d take a minute to try to clear things up.

With special editing by Scott Pierson 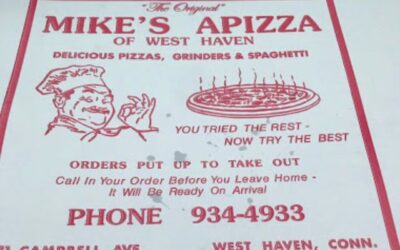 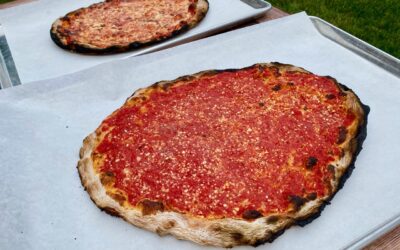 History of the Original Tomato Pie

Apizza Fact #4 It is not known when exactly the first pizza was made in New Haven, but history points to the late...